How Do You Distribute Audio? 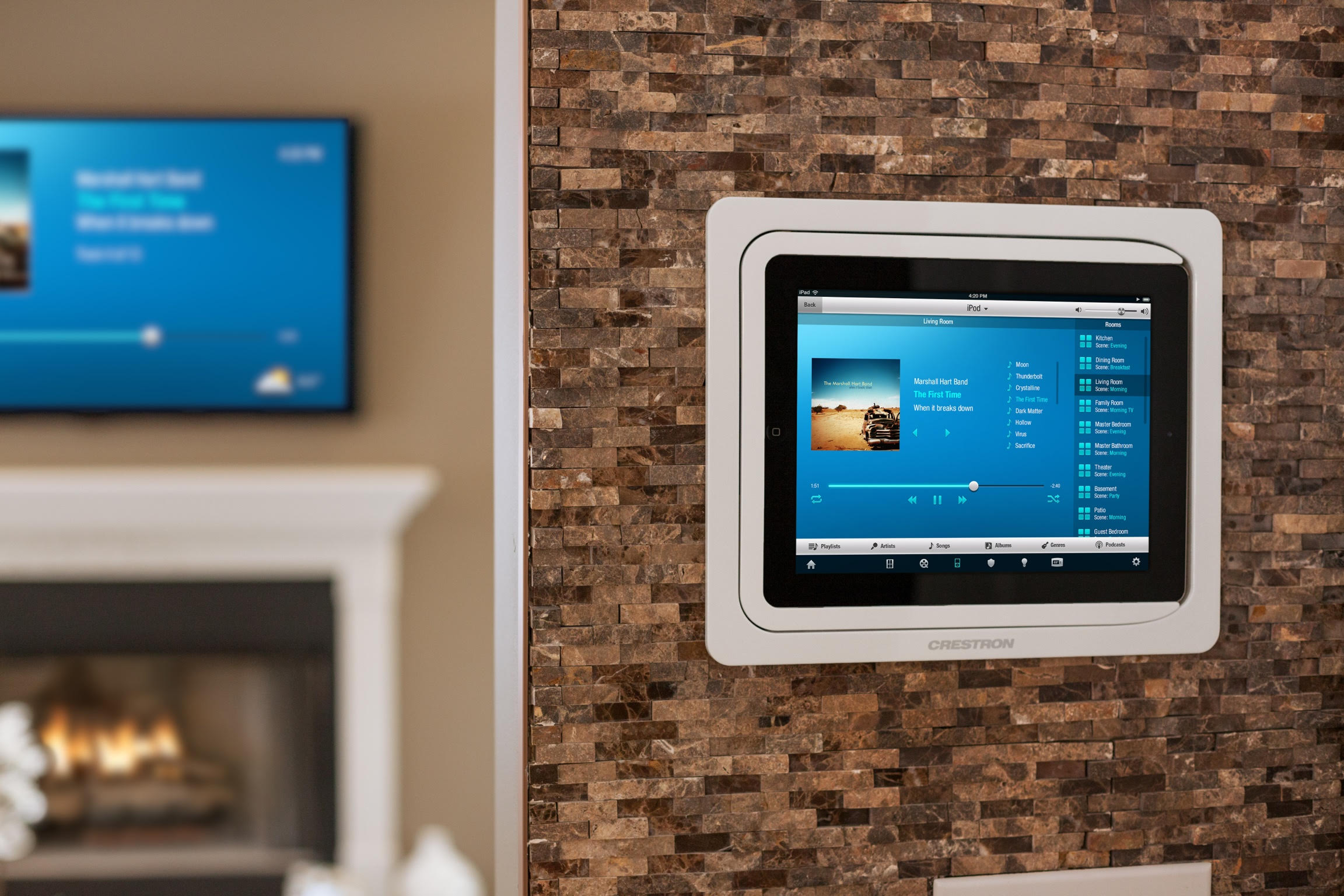 When it comes to customized distribution and management of audio in the home, you can forgive the layperson for instantly thinking about the numerous wireless audio solutions filling up electronic stores’ shelves. But speak to a residential systems integrator, and all talk of smart homes, IoT, and control systems in relation to audio incites a hearty discussion of the pros and cons of wired versus wireless systems, the equipment used to create and manage the best distribution system, and a little hedging on the significance and impact of voice control on audio distribution systems today.

In the past two years, custom integrators who specialize in audio distribution have noted that three factors have shaped how they are specifying and integrating audio distribution. The first is time-sensitive networking (TSN—formerly Audio Video Bridge, or AVB), which uses an Ethernet infrastructure to ensure that scheduled communications, such as those used in control systems, are guaranteed on one physical network, thus decentralizing audio distribution and reducing cable runs. Then, there’s single-chassis solutions that are also helping to minimize the amount of cable runs needed for large-scale projects. And finally, voice control, though in its infancy, is making its way into client requests.

“Traditionally with a distributed audio system, everything must run back to a centralized location where the audio matrix switch is located,” said NXT AV CEO Eli Weinkle of time-sensitive networking. “With AVB, we have the ability to locate local audio inputs or outputs throughout the property using existing network infrastructure. This allows us the advantage of having all the gear centrally located but without having to run the massive amount of cable previously required.”

Weinkle said that by keeping the signal digital and not converting to analog, his systems maintain signal integrity and prevent any possibility of signal loss or noise along the run. “We see big advantages in retrofits, reduced cabling (both structural and through the rack) and in cases of large properties, being able to locate equipment where needed. We are now seeing this technology being implemented into audio breakout boxes, directly integrated into amps, and finally into active speakers. The house of the future will be fully connected solely by data cable, whether it be category or fiber. The future truly is everything over IP.”

Consensus is—and always has been—that wired audio distribution systems are best, especially in luxury integration projects where the main goal is that everything works and sounds great all of the time. Phillip Ampel of Atlanta Audio & Automation is a true believer in hardwired systems, noting that they offer consistent-quality AV without the surprises that less-than-robust home networks often spring on end users.

“We prefer wired systems over wireless for their stability and reliability but evaluate which solution will work for each installation based on the possibilities of the space,” he said. “Many clients seek wireless technology and are curious about its capabilities, but it’s important to reach a balance between the client’s asks and the best solution for their space.

Ampel said that when installing wireless products, it is also essential to ensure that the wireless network is robust, of course. “We always start by evaluating the network to ensure it is strong enough to handle the demand of the system we have specified and will make necessary adjustments in our estimate to accommodate new devices or network traffic.”

Ampel’s team recently used Control4’s Triad One Streaming Amplifier as a wireless media interface in a 14,000-square-foot Buckhead, GA house that has 19 rooms of media. Without running a “single stretch of wire” across the house other than Cat-5 to the home’s televisions, Atlanta Audio & Automation completed the project by pulling wires from the ceiling and bringing them to a single location in each room thanks to the Triad One’s ability to add extra zones of audio to larger distribution systems.

Prior to using the Control4 Triad One, Ampel’s company installed Sonos distributed audio, but was disappointed with the product’s margins. Now, he said, the Control4 system combined with Just Add Power “works flawlessly” and was very helpful in creating a simple distributed video system throughout the house. “We used five media inputs and distributed them to the 19 locations in the house with ease,” he said.

A proponent of TSN, Weinkle has put the IP technology to the test in his own Orange County, CA, showroom, where a major upgrade saw his team deploy Savant’s new audio-over-IP and video-over-IP products to better reflect what the kind of integration systems for which they are known. Taking the racks down to the bare frame and starting from scratch, Weinkle used Savant’s new SIPA-125 amps for most of the distributed audio zones as well as Savant Pro Audio output receivers in concert with Sonance DSP amps to keep patch cables to a minimum and very short.

“The AVB/TSN network, once established, self maintains and performs flawlessly with zero latency,” Weinkle said. “Everything is connected over standard category cable; it was amazing to see the pile of patch cables that we were able to pull from the rack. We are now passing a full digital signal all the way to the amplifier and the DAC is handled directly in the amp or just before it on the IP audio receiver. All video is being passed over fiber via 10G switches utilizing Savant’s AV-over-IP and it’s just amazing how the two systems work seamlessly together being able to inject and extract audio across both networks.”

Todd Puma, owner of The Source Home Theater in the New York City area, only supports wired solutions but will occasionally integrate a Sonos Connect going into a distributed audio system to provide his clients with music services that no one else can. After explaining the benefits of wired, fully integrated ecosystems, his team inevitably installs Autonomic or similar solutions and offers a singular experience via the Crestron app where the system works seamlessly.

“[I] recently had meeting with an architect, and the client was insistent on Sonos—more of a DIY client,” Puma said. “We had the client come to the Crestron showroom with us. Once he saw what was possible when properly integrated, he agreed with our approach and was fully onboard with a Crestron solution. We landed on a hybrid solution with Crestron control, Crestron SWAMP media distribution, with Sonos Connects as the media server. This way he still has the familiar interface of Sonos when necessary, but with the full integration on the Crestron touchpanels running the Sonos App, so there is no app switching on a mobile device. This also had the benefit of supporting music services (namely Apple Music) not supported by other media server solutions.”

Having a single-chassis solution has been a game changer for Jeff Galea, president of Boca Theater and Automation in Boca Raton, FL, who praises the AudioControl Director M-6800 for reducing rack space and overall system complexity in his projects—most recently in a large 30-zone install in Delray Beach. With each zone featuring dramatically different acoustic properties, his team used the Director M-6800 with onboard DSP and IP addressability in tandem with a sound meter to remotely equalize the system throughout the home.

“The client watched as my onsite tech used a sound meter and fed me data from zone to zone so that I could make changes to the system from our offices on Boca Raton, FL,” Galea said. “Once completed, the client was blown away by the result and our process.”

Adding Voice Control to the Mix

Amazon’s Alexa is leading the charge on voice control at the moment, even as Google is making a huge media push with its Assistant VC application and Apple has run into complaints about its walled HomeKit voice control unit. It has all made integrators less than willing to integrate this feature into their well thought-out audio distribution systems, even though some have bowed to client requests to do.

“Many people would say that voice control services are changing everything about our industry and I would agree that is partially true, but at a cost,” said Donnie Boutwell of Media Systems in Houston, TX. He uses Amazon Alexa but is not actively pushing it as a feature.

“Homeowners are risking security and reliability with a dependency on cloud services,” he argued. “In addition, the audiophile in me wants to get on my soap box to share the sacrifices being made in audio quality with wireless systems. We only specify voice control when the homeowner drives the system design in this direction. Amazon Alexa integrates well with Sonos products and Crestron, as does Google Assistant, but we are anxiously awaiting the release of Josh.ai’s new “Micro” voice control product that will provide us and our clients with a more customized and secure system solution.”

Boutwell’s view that voice control should be used with caution on large custom audio distribution projects is shared by Galea and Puma, who noted that, “it just is not ready for luxury systems at this point as reliability and the required syntax make for a subpar experience.”

But one integrator who has made it a part of almost all of his installations is Bryan Glass, CEO and founder of GlassHouse Smart Home, who is also a fan of network audio, citing its convenience, system scalability, manageability, and cost-effectiveness.

One of Glass’s recent clients requested three surround systems and distributed audio in 13 zones, with the added stipulation that their existing Amazon Alexa products be used to control audio and video.

“It was an old house and running wires may have been difficult to all of these rooms,” Glass said. “We selected products that had excellent Alexa integration with wired and wireless options.”

Glass used HEOS wireless speakers and soundbars for two of the surround systems and HEOS hardwired preamplifiers for the distributed audio. He also used Marantz for the larger surround sound system. “This gave us superior network control and awesome sound quality,” he said. “We chose Savant to control the systems in the project because of their perfect Alexa integration. Now my client can speak to the Amazon Echo Show in the kitchen and deliver specific voice commands and directly control the HEOS system, and can also deliver commands to control the televisions and the surround systems with Savant.”

As home networking takes on more tasks, system integrators are understandably wary of its limitations to deliver on the promises of a good, true audio distribution system. As TSN develops, Weinkle’s vision of a harmonious, high-functioning, IP-based audio distribution infrastructure might just win out. But, for now, future concerns of the category are mostly tweaks of the popular pro-grade audio distribution products including the addition of more streaming services to native platforms, consistent software updates that do not affect the overall system, and a wider selection of controllers.

“In addition to touchpad AV system controllers, we would like to see the simplicity of touch control available directly from a television screen,” Ampel said. “Today’s personal technology has taught the world that from the palm of their hand they can control and do just about anything easily with their index finger. Though at first, younger generations gravitated toward this technology more than most, we are now finding that elderly people are becoming more and more familiar with this form of control.”

From pricing to service, follow up and overall professionalism I could not speak higher of Eli and his company. I now send all of my Real Estate clients to NXT AV. I love going to my clients homes after the work, knowing I helped them make a great decision.